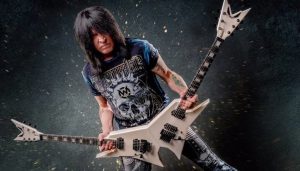 Michael Angelo Batio is one of the originators and pioneers of the entire “Shred” Guitar genre. Michael has toured over 58 countries,  invented and was the world’s first player of the Double-Guitar. Michael invented and has a patent on the MAB String dampeners that he uses on his Double-Guitar. One of Michael’s Dean Double-Guitars called the “Jet” Double-Guitar is on permanent display and was inducted into the Rock and Roll Hall of Fame in 2012. Michael won the Guitar World Magazine readers choice award and was voted the “Fastest Guitarist of All Time.”

On April 4th, Michael Angelo Batio will be performing at Offsides in Woodstock, Illinois. His special guest for the evening is long time friend and fellow shredder, TD Clark. 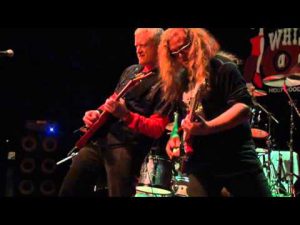 This concert is a benefit concert for Free Guitars for Future Stars. 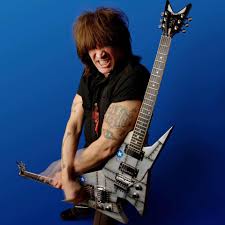